Måns Ahlin is born 1972 in Lund, Sweden. After completing senior high school he studied theater and later on film production at Linköpings University. From 2001 to 2015 he worked as a screenwriter for children theater and as a scenario writer for LARPs.
Today Måns Ahlin works as a film and media educator at the media center Cnema in Norrköping, Sweden, and as a freelance educator for Be-licensed (swedens only Authorized Adobe- FCPX- and Avid educator)
Måns Ahlin is also running a production company, Runda Bordet Film AB, a production company that mainly focus on infomercials and fictional films. There Måns mainly works as producer and as a photographer. 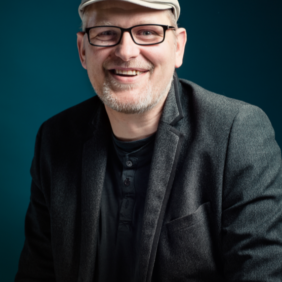